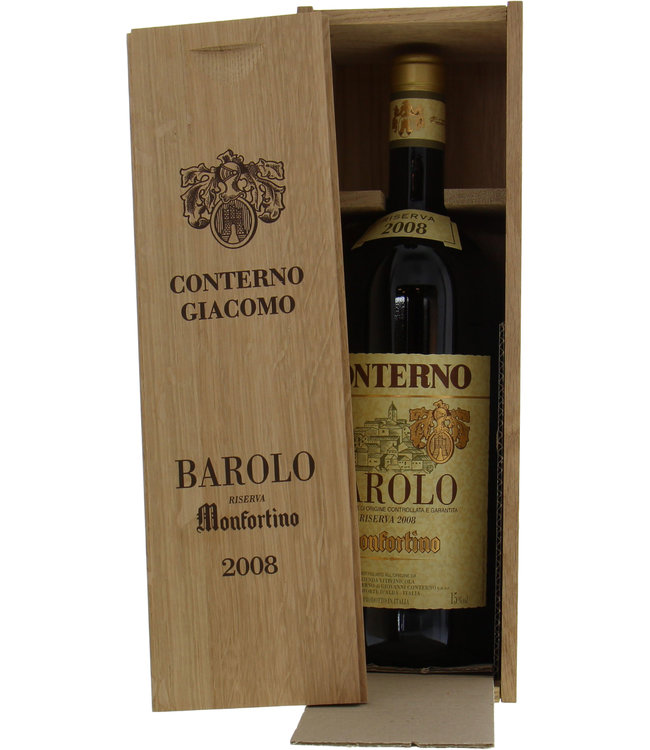 ' The 2014 Barolo Riserva Monfortino is an epic wine, just as it always has been. Readers will surely be tempted to taste the 2014 now, but I would try to resist that, if possible. Usually, I recommend tasting young Monfortino upon release, when it has only been bottled for a few months and before it shuts down. Roberto Conterno gave the 2014 six years in cask (instead of seven), so the 2014 was bottled a year earlier, in the summer of 2019, which means it is now very much in the closed-down zone. Time in the glass brings out its inner sweetness and sensuality, but the 2014 is nowhere near as expressive today as it was from cask, or earlier this year when it was one of the highlights of a magnum vertical all the way back to 1970. The 2014 Monfortino is an epic, monumental wine in every way. Opening a bottle now, though, is not likely to be especially rewarding. '

' When it comes to comparisons of any kind, all bets are off with the 2014 Monfortino, a Barolo that enters the stratosphere of profound and utterly moving beauty. Seamless and elegant in the glass, with stunning aromatics and perfectly ripe tannins, the 2014 is simply breathtaking in its beauty. In 2014, Roberto Conterno waited to harvest this fruit very late. The result is a Barolo that offers the textural opulence of fruit picked at the end of the season with the aromatic depth and structure of a wine from a cool year. Most incredibly of all, the 2014 is a very tannic wine analytically, and yet the sensation is of a Barolo of softness and opulence. A rush of dark red/purplish berry fruit, blood orange, spice, tobacco and mint builds into the rapturous finish. Readers who can find the 2014 when it is released next year should not hesitate, as it will unquestionably go down as one of the greatest Monfortinos ever made. '

' The 2014 Barolo Riserva Monfortino has always been a remarkable wine. It is all that, and so much more, on this day. The long growing season and late harvest resulted in a Monfortino with tremendous aromatic nuance, extraordinary beauty and impossibly finessed tannins. The extreme purity of the 2014 is simply stunning. Vivid and nuanced, the 2014 is utterly exquisite. Stylistically, the 2014 reminds me of vintages like 2004 and 2008 that are built more on finesse and persistence rather than power alone. As in 2013, Roberto Conterno did not bottle his Barolo Francia. Instead, he chose to use all of the fruit for the flagship Barolo Monfortino, which up until the present, he had only done twice previously, in 2013 and 2002. '

' The 2014 Barolo Riserva Monfortino is one of the greatest young wines I have ever tasted here, or anywhere, for that matter. It has never been anything less than mesmerizing on the multiple occasions I have had a chance to taste it. Soaring aromatics and bright fruit make a strong impression, but it is the wine's inner sweetness and sublime, polished tannins that elevate it into the realm of the truly extraordinary. Seamless, exotic and utterly breathtaking, this wine will leave readers weak in the knees if they are lucky enough to taste it. '